1- A 2D map of the Drosophila midgut regions

A 3D model of the Drosophila midgut

We generated a 3D reconstruction of the gut based both on a morphometric analysis of the midgut and on measurements performed on histological sections. Shown is a 3D view of the midgut revealing its folding within the body cavity. The distinct midgut regions are colored as indicated in the table; major boundaries are depicted in blue. The table presents the average region coordinates expressed as a percentage of midgut length (0 corresponds to the start and 100 to the end of the midgut).
(Click on the picture to activate the 3D view): 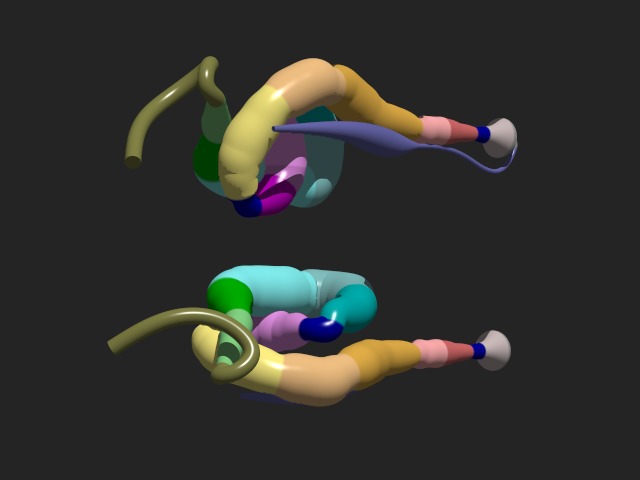